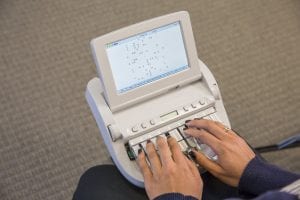 A court reporter’s job is to transcribe the proceedings of the courtroom. Whether they use the more traditional method of stenography or the increasingly popular voice writing method, the words they transcribe will eventually become the official record. How this record is used in the court case, however, is highly dependent on the situation, and decisions regarding the use of the transcripts are at the judge’s discretion.

At first glance, one might think the transcripts that court reporters create with voice writing machines and stenotype keyboards are important to the jury in their deliberation. To a certain extent, they are, but maybe not in the way many would think. Court reporters do not produce hard copies (expanded in the case of shorthand) unless they are requested after the trial. The official record, when transferred to hard copy, takes time to procure.

A jury’s task is to determine the outcome of the trial. It’s a tremendous power, no doubt. With that being said, the jury is limited in what evidence they are allowed to have in the deliberation room. For example, they are not allowed to have any outside reading material. Depending on the setting, phones may also be banned from the jury room; it’s up to the judge to decide in most cases. 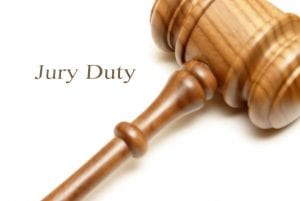 Jurors are allowed to ask for any evidence that has been admitted to court during the trial. They must do so in the form of a written proposal. They are also allowed to ask for parts of the record to be read back to them, as they don’t have access to the transcript of the proceedings itself. In such cases, the jurors may all be required to come back into the courtroom to hear whichever part of the trial once again.

Transcripts are by and large tools for attorneys to utilize during cross-examination. They are allowed access because it helps them make their arguments and eventually win the case. It’s also crucial that their clients maintain their testimonies throughout the course of the court case.

In summation, jurors most commonly use transcripts by having them read back by the court reporter who is keeping the record. Judges have the ability to use their discretion, however, so there are exceptions.

As one can glean from this post, the official records of courtroom proceedings are vital to the justice system in America. Qualified court reporters are paramount to the preservation of the facts. Good court reporters are unbiased in their transcription of the record. If you think a career in court reporting might be the right one for you, consider Brown College of Court Reporting to get your career started.

For more than 46 years, Brown College of Court Reporting (BCCR) has been preparing its students for success in the court reporting field. We are proud to offer the only National Court Reporters Association-certified program in the state of Georgia.

With day, night and online options available, it’s easy to fit our program into your schedule regardless of whether you enroll full- or part-time. Each class has typically 8 to 12 students, so you know you’ll receive the personalized instruction needed to become a professional.

We also have career services available that can help our students land employment following graduation. Don’t take our word for it; 100 percent of our graduates from 2015 and 2016 are currently employed.

Your new career is only a few keystrokes away. Visit us online at www.bccr.edu today.