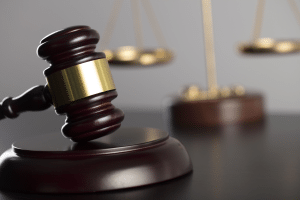 For the first time in the state’s history, California voted to allow voice writers to transcribe what happens in courtrooms. California has long prided itself on using only stenotype keyboards for court reporting.

On September 17, the Court Reporters Board of California voted on allowing licensing voice writers to practice as licensees in California. A recent decline in schools teaching stenography has led to a subsequent decline in the number of qualified candidates who are skilled in using a stenotype machine. This, along with other factors, has facilitated a need for the state to consider licensing voice writers for court reporting. For example, according to a study by Drucker Worldwide, more than 5,000 court reporting jobs will be created from 2014 to 2019.

So what is voice writing and how is it different from court reporting with a stenotype keyboard and machine shorthand?

For those who may not know, court reporters have traditionally used stenotype keyboards, which only have 22 keys. Because there are fewer keys, a shorthand language is used when recording on the machines. This language is called machine shorthand. The abbreviated words are then expanded into full-fledged English sentences later on after the words are first recorded.

Voice writers, on the other hand, use their voices rather than their fingers to create records of courtroom proceedings. The first voice writing machine was a bit more crude than those in use today. In the 1940s, stenographer Horace Webb constructed a contraption using a microphone, recorder, cigar box and a coffee can. This would serve as the prototype from which voice writing machines have since evolved. 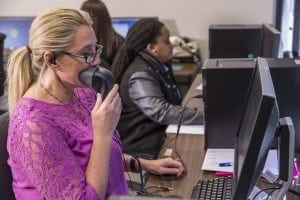 As mentioned earlier, this shift in industry momentum has given California reason to consider licensing voice writers to work as court reporters. As it currently stands most voice writers in California work on closed captioning for television and as communication access real-time (CART) providers. Depending on the board’s decision, new opportunities could become available for voice writers in legal settings all across the Golden State.

For those looking to start a career in voice writing or stenography, all it takes to get started is the completion of a trade school program. There’s no better place to start a court reporting career than at Brown College of Court Reporting.

Report Your Way to a New Career

For more than 46 years, Brown College of Court Reporting (BCCR) has been preparing its students for success in the court reporting field. We are proud to offer the only National Court Reporters Association-certified program in the state of Georgia.

With day, night and online options available, it’s easy to fit our program into your schedule regardless of whether you enroll full- or part-time. With our small class sizes, you will receive the personalized instruction needed to become a professional.

We also offer career placement assistance through our office of career services. One hundred percent of our graduates from 2015 and 2016 are currently employed.

Your new career is a only a few keystrokes away. Visit us online at https://bccr.edu/ today.