LeToi Conner’s court reporting journey began in Jacksonville, Florida, when her mom encouraged her to sign up for classes.  She then made her way to Atlanta, where she enrolled at Brown College of Court Reporting.  Conner made her decision based on Brown’s “long-standing reputation of producing the best court reporters.” 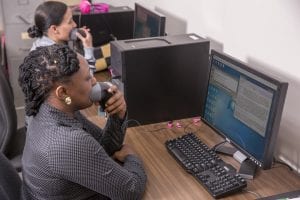 Conner started out in Brown’s stenography program.  In 2009, she made the decision to transition from steno to voice writing.  The only thing standing between her and graduation was building up speed to dictate at 225 words per minute.  Doing so required her to have a lot of determination and perseverance.

“It was challenging at times.  Court reporting school is very different from a traditional college,” she says.  “You test every single day, every single hour during speed classes.  You will fail many more tests than you will ever pass.  During these challenging times, you should have the mindset to believe that you are not failing, but you are simply in the process of passing.”

Conner says the course she enjoyed the most were the various English and Punctuation courses for Court Reporters.  “They are the hardest ones because early on you think you have a firm handle of the English language. Once you sit down with the instructor, you realize how much more there is to learn.  These academic courses were the most challenging, by far”, Conner says.

Near the end of her court reporting studies, Conner completed an externship.  Brown requires students to complete externships, this provided valuable experience for Conner.  It allowed her to see what the day-to-day of court reporting was like.  “The externship brings your classroom experiences full circle with how to apply what you learned in school to a job.  It also helps builds your stamina, depending on how long you are on the record,” Conner says.  “There’s more transcript production during externship than typical speed tests in school.”

In December 2010, Conner graduated and was ready to enter the field as a court reporter.  She began her work as a freelancer at Steven Ray Green and Associates and eventually worked as a per diem reporter in Cobb County Superior Court.  She filled in frequently for other court reporters.  “Your name gets out there,” Conner says.  “I started meeting a lot of the judges, administrators and court reporters in Cobb County.”

Soon enough, her persistence and the reputation she had built for herself paid off.  She was hired as the Official Court Reporter for Judge Toby Prodgers at the State Court of Cobb County in Marietta, Georgia.  In her current role, she takes down criminal and civil proceedings including, but not limited to, pleadings, motions and trials.  When requested, she produces a verbatim transcript of those proceedings.  She enjoys the structure of the job and the predictability of the schedule. 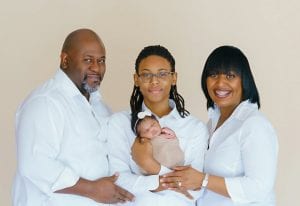 “I know what’s coming for the entire calendar year a few months in advance. I know when I’m going to be hearing civil or criminal matters or have time out of court,” Conner says.  Her week-to-week schedule fluctuates depending on the caseload.  “Sometimes I’m in trial all week long,” she says.  Other days, she’s only in court for part of the day or not at all, depending on the schedule.

Conner says the best thing about her career is her ability to put her family first.  The job allows her the flexibility to take off if she needs to take one of her kids to a doctor’s appointment, for example.

When she’s not in the courtroom, she is spending time with her family, usually watching professional and college sports and cooking.  She’s a wife and mother of two to a 17-year-old son and a nine-month-old daughter.  Her career allows her the flexibility to be there for her family in ways that weren’t possible before she finished her court reporting education.  “It gives me the ability to provide for them and spend quality time with them,” she says. 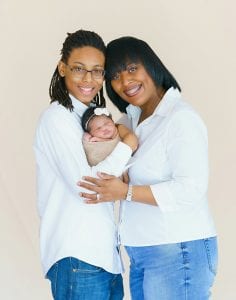 “Finishing court reporting school is one of the best professional decisions I’ve ever made.  It gave me a career and not just a job.  I love where I work. I love who I work with.  I love what I do.  I also love the income potential it gives me beyond my salary,” she says.  “You make additional money with civil trial takedown and with transcript production,” Conner says.

LeToi Conner changed her life by continuing her education at Brown College of Court Reporting.  You can join LeToi and other Brown alumni in the ranks of quality court reporters whether you live in the Atlanta area or elsewhere with online and on-campus options.  To learn more about BCCR’s programs or to get in contact with an admissions representative, log on to www.bccr.edu today.